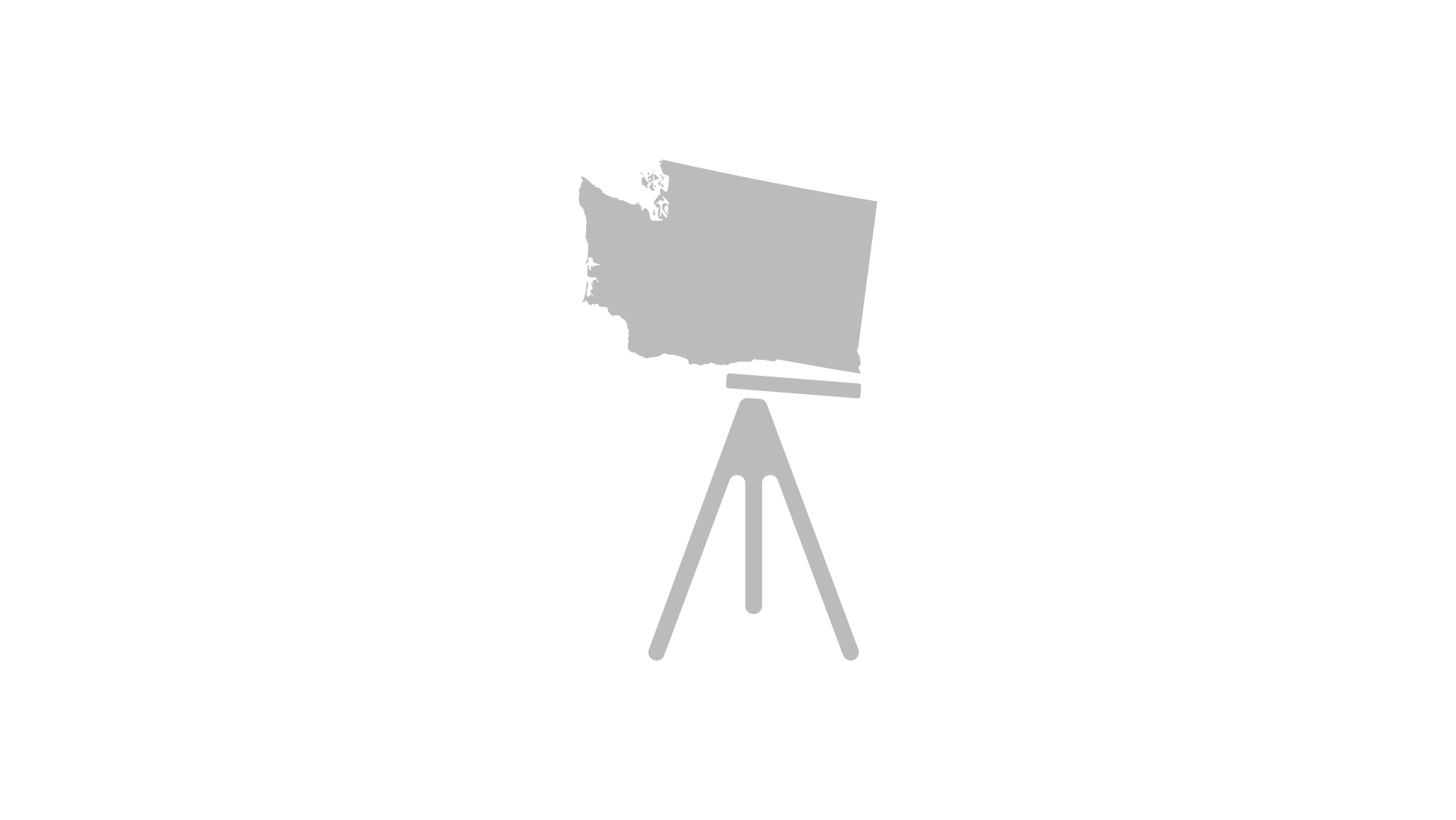 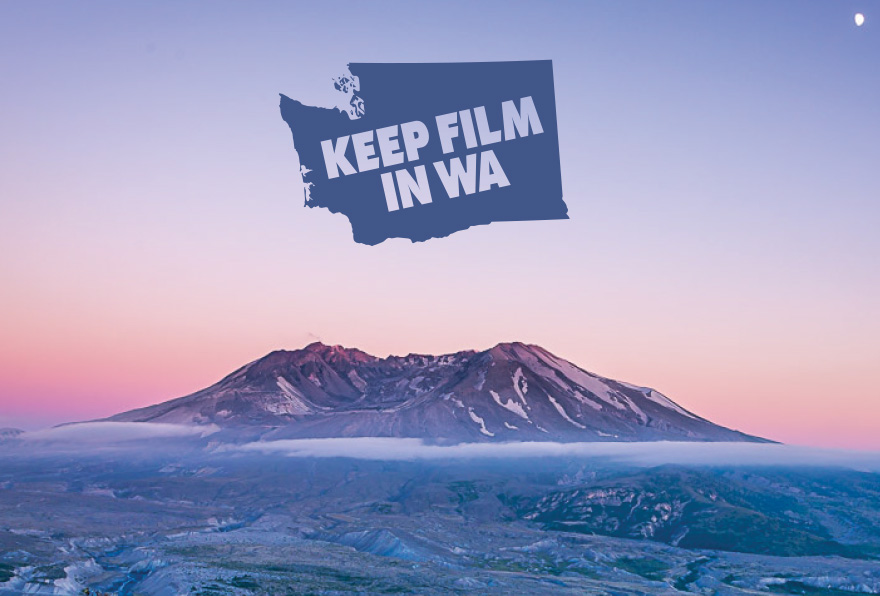 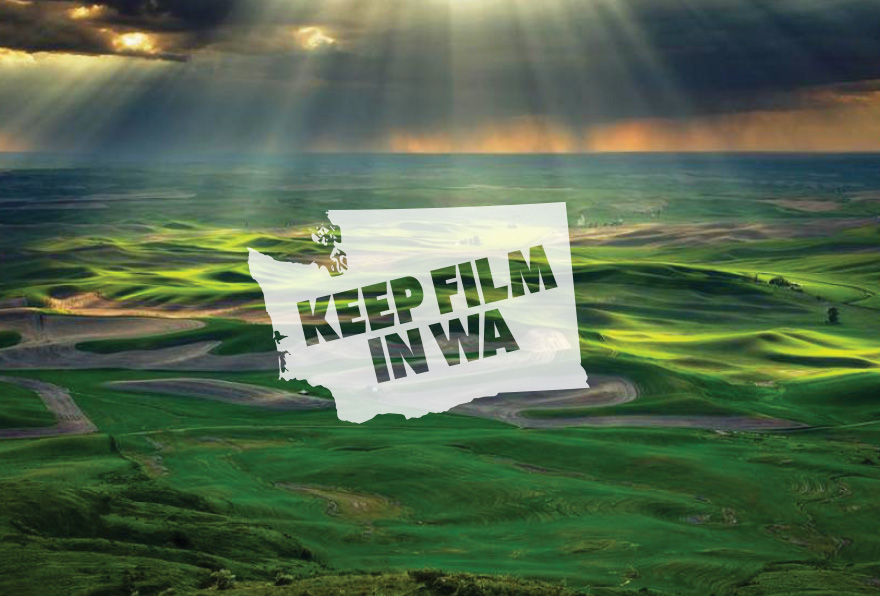 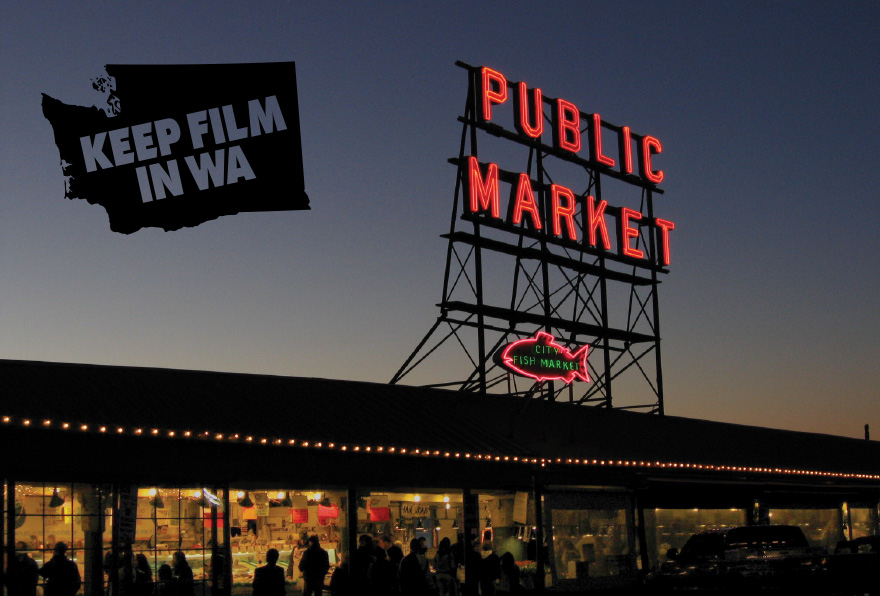 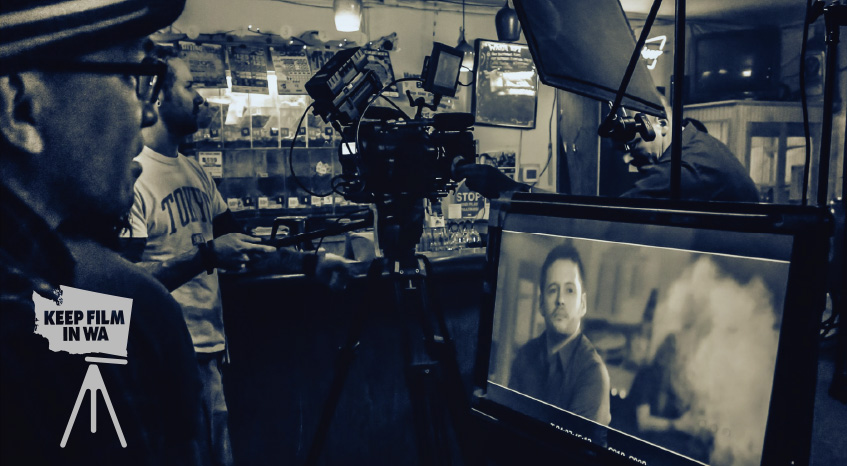 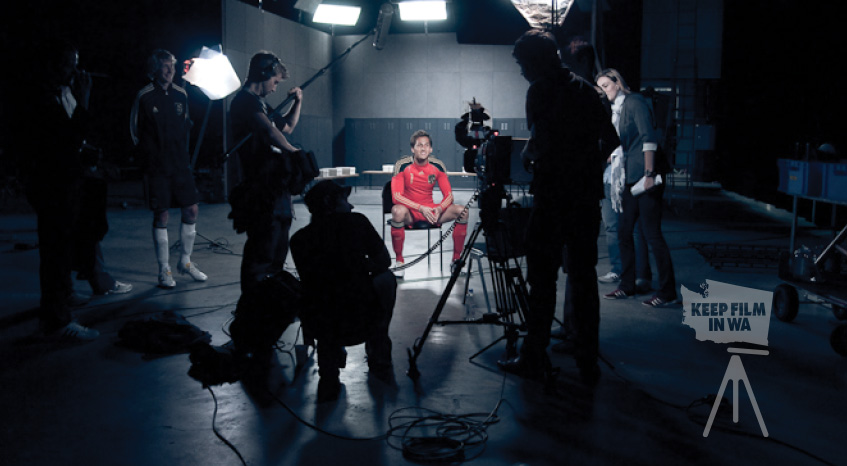 Washington Filmworks hired Verity Digital to design a logo and brand for their “Keep Film in WA” initiative. This logo would represent the push to renew film incentives in the Washington State legislature. After much sketching, the epiphany came to us: the shape of the state resembled a movie camera. Once we added a tripod it seemed obvious. The client loved the idea so we moved forward with perfecting how it would be used as a brand.

LOCATION VERSION
The state icon alone would only be used over scenic imagery of Washington State. The goal was to highlight the gorgeous geography and natural locations within the state, and the lost opportunities if film incentives were not passed.

PRODUCTION VERSION
We decided that the tripod (production) version of the logo would only be used when showing filmmakers, including images of crews, and on-location shots. This logo represents the real people and jobs that would be lost if the legislation was not passed. It was important to show the impact to actual people.