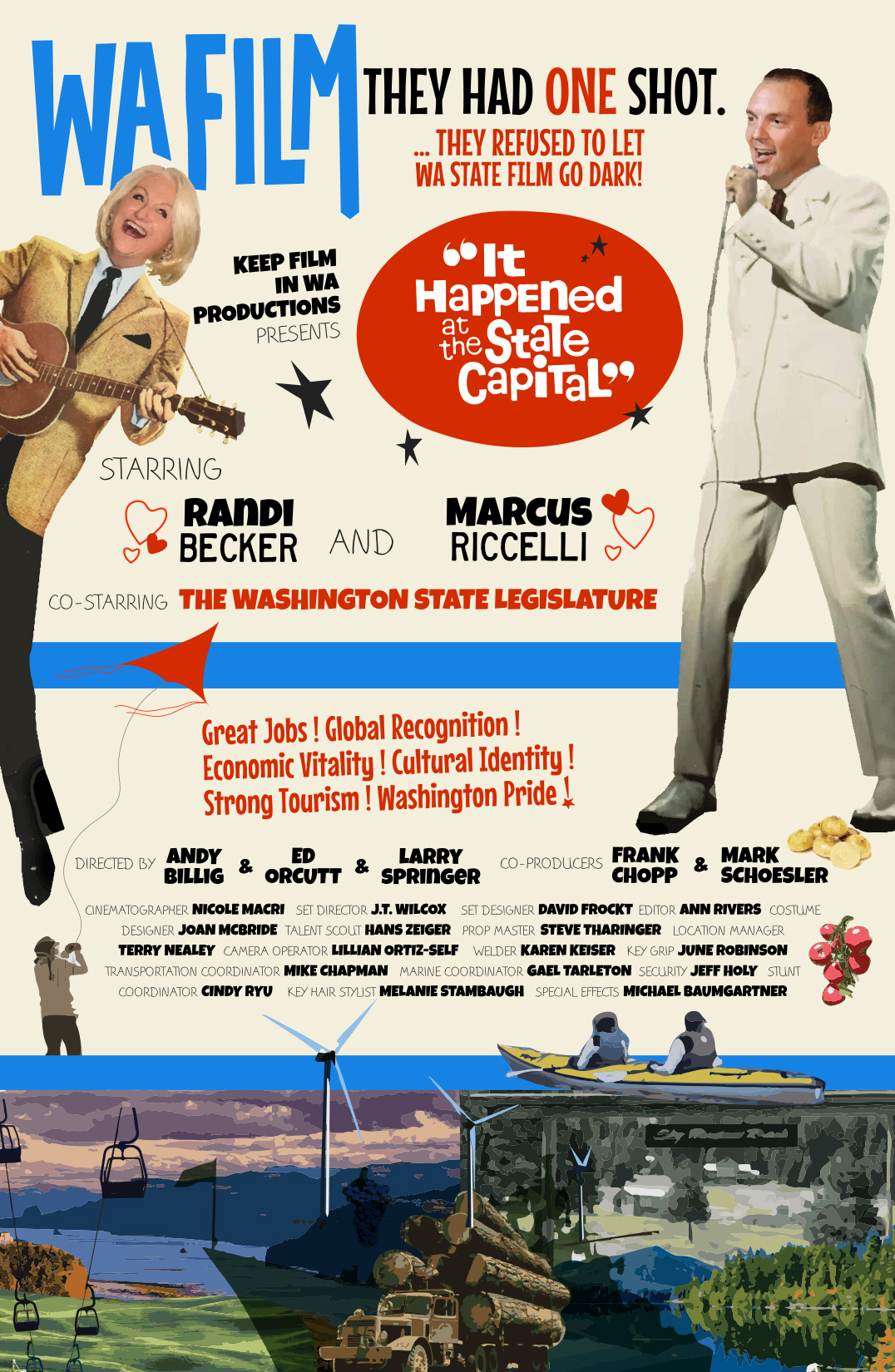 Spoof “It Happened at the State Capitol” Movie Poster

Washington Filmworks asked us to design a second infographic to inspire legislators to pass the WA state film incentives bill. Instead of a typical informational graphic, we thought “what’s better than a movie poster to sell filmmaking?” Once we agreed on the idea, we knew the iconic Seattle Elvis movie “It Happened at the World’s Fair” would be the only choice.

We strategically titled the poster as if the bill had already passed- hoping legislators would envision themselves as part of the historical vote.

The two legislators sponsoring the bill were Randi Becker and Marcus Riccelli. We decided these were our ‘stars’ and the rest of the legislature was the cast and crew. When the final printed poster was sent out to each individual legislator, the client reported that they were a HUGE hit.  Many of the legislators had theirs framed and placed on their office walls. So our issue was front and center every day as soon as they walked in the office. It couldn’t have worked better!

So did it work? Did the initiatives pass for another 5 years??

No. They passed for a decade!